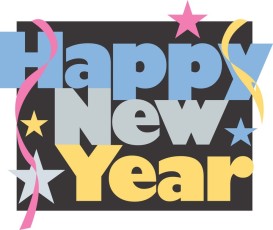 We’re staying home this year for New Year’s. We’ll happily dine at ‘Blu’, one of our favourite Toronto restaurants, then crack open a bottle of Veuve Clicquot, our favourite champagne when we get home around midnight. We’ll probably reminisce about this past year (and why we didn’t travel/blog as much – we moved) and then think about what the year ahead might bring (traveling to begin in precisely two weeks). But we’ll also pull out photos of two of our most memorable new year’s away from home. Just a couple of years ago we spent two very memorable first night celebrations in the one place in the world where they really know how to party with sophistication and elegance: Monaco.

The day begins with a visit to the local Carrefour. A gigantic grocery store that rivals Wal-Mart for its variety and Whole Foods for its quality, the place is a zoo at the best of times, but New Year’s Eve is special. We begin (and it has to be said, end) at the extensive wine section. The sheer array of French wines that begin at about 3 euros a bottle and go upward from there is dizzying. The problem is that we have rarely had a bottle from Carrefour hat we didn’t like. So how to choose from among all of these unknown bottles?

Our usual tactic involves stealth observation. Watching the men and women going up and down the aisle filling their baskets and carts to the brim with bottle after bottle is the best place to begin. Then we get a bit more discerning.

We look at how many bottles of each kind of bubbly make their way into how many baskets. Then we watch the individual purchasers. Are they old enough to have experienced a bottle or two? Is the twist of their scarves just stylish enough to imply a bit of je ne sais quoi? Are they assured enough of their choices that there is no waffling? When all systems are go, we swoop in and choose the right bottle of champagne – and make no mistake, it is always right. But then where to drink it? We’re getting to that.

The day is young so we’re inclined to wander a bit through the Monte Carlo Christmas market where we’ll indulge in the decadence of a glass of quality champagne outdoors from a plastic flute. We’ll watch the skaters take a turn around the temporary rink on the MC waterfront, as ludicrous as that seems.

Then we head back to the hotel to get dressed. We’re going to the ballet this evening. We don our finery and make our way to the Grimaldi Forum with what appears to be the majority of the Monagasques themselves.  Situated on the shore of the Mediterranean, the building is actually built right into the Med with the main performance space where we’ll see Les Ballets de Monte Carlo dazzle their home crowd below sea level. Down, down, down, three very long escalators to reach the entrance to the orchestra seating. We sip more champagne while we people watch.  Can there be a more decadent place to people watch than MC?

We spot Louis Vuitton, Gucci, Chanel, D & G, Hermes, all milling around the bar dangling from shoulders and elbows. Then the bell chimes three times – five minutes to curtain time. As we take our seats Patty puts her handbag on the hook on the back of the seat in front of her. Such a thoughtful touch: the designers must have thought of all those expensive handbags that would grace their auditorium through the years. We then glance surreptitiously toward the royal box to see if Princess Caroline might be gracing New Year’s Eve with her presence since she is, after all, the president of the ballet company. Then the curtain rises, the orchestra begins, and we’re transported into the rarefied world of the ballet thanks to our son the dancer who is sharing the stage with his colleagues.

The ballet is over at 11:30, and all of us spill out into the Mediterranean night that is lit with hundreds of thousands of twinkling lights. We make our way up the hill to the casino square where side by side with the palm trees lit for the season are 50-foot high fir trees brought in and decorated so that the lights change colors. We are transported along with the crowd.

Once in the square which is already shoulder-to-shoulder full of well-dressed revelers, we get into the spirit of the night. The countdown begins. “Dix-neuf-huit-sept…deux-un! Bonne année!” And the corks begin flying! Pop! Pop! Pop! Then splash! As the champagne is poured from bottle to plastic flutes as everyone wishes anyone around a happy new year.

Coming as we do from North America, the very fact that it is perfectly acceptable for this crowd to pop their champagne corks in this very public place and enjoy a sip of New Year’s bubbly makes us just a bit giddy. We are delighted and know that it will be a good year, indeed.

Happy New Year to all our readers. We promise that we’ll resume our story telling in 2016.

[If you are a long-time reader and think you may have read about this New Year’s adventure before, you have. Much of this post is excerpted from our New Year’s post from 2012. But we still think it’s a great story. Hope you do too.]